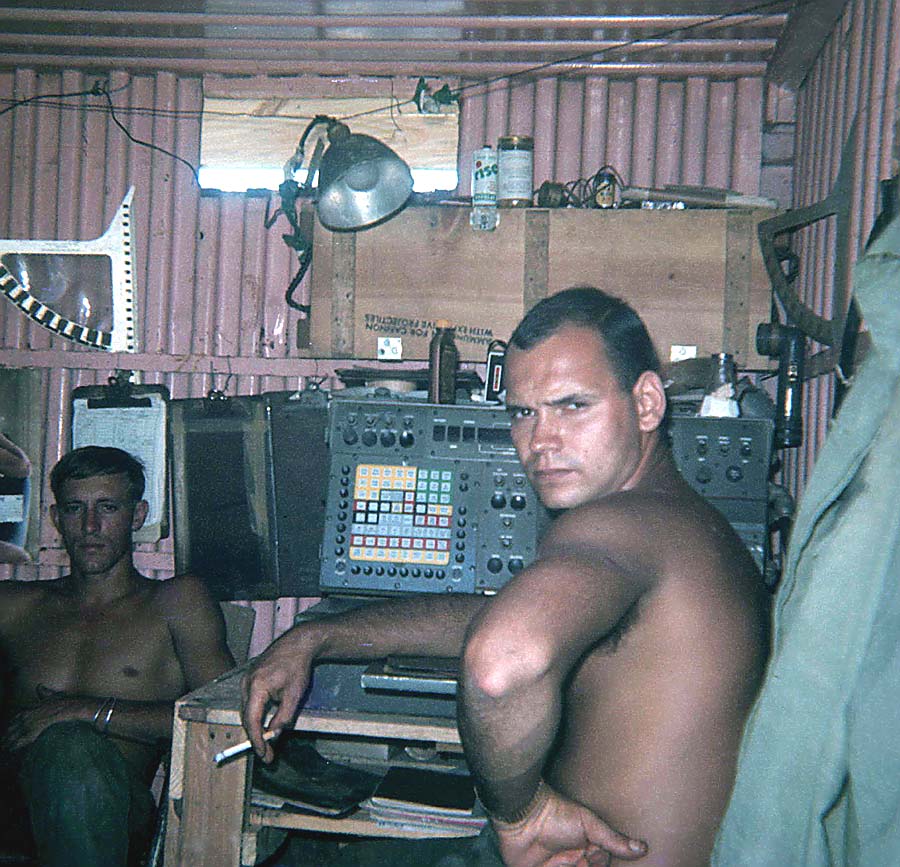 "The taxpayers got screwed again!"
{Photo courtesy of Danny Fort}

You can almost hear those words as a prelude to finding guinea pigs to test new devices.

FADAC, to be fair, was a major leap forward in the attempt to automate the tedious calculations of the RDP fan, the "Sticks", and the data manuals.  The concept of a "computer" was still new to the civilian and military world.  Tests and trials at Ft Sill, Okla, yielded the same results over and over.  The first round data was painfully slow in computing the vital Deflection and QE data for the guns.  However, subsequent adjusting round data was lightning fast and surpassed the human factor.

But...that left the burning question: What do our "grunts" want the most out of its direct support artillery in a firefight?  The answer to that question was the same...over and over.  They want to hear the reassuring sound of artillery rounds coming out of those tubes...like...now!

You can't move forward until you get the command to march....so...out they came....FADACs to the field.  Trial in combat.

Yep...same results...slow first round data followed by lightning fast adjustment data.  Someone famous said that the definition of "insanity" is doing the same things over and expecting different results.

Memory doesn't serve as to the final evaluation of the efficacy of field trials of the FADAC.  But...it wasn't science or lukewarm programming that got the FADACs sent back.  It was logistics!  First off...you need a large kw generator.  (One generator coming up!)  Next, you need several 5-gal jerrycans of diesel fuel.  (Oh-oh...tell the Chinook pilots to add another dropload to the daily runs!)  Next, you need an M18 Silencer.  (hmm...haven't got one of those!)  Seems our "rocking chair" experts overlooked the fact that large kw generators make NOISE...and LOTS of it! So, here you are providing a beacon to your position all day & night when you use that puppy.  It drowned out the music in the Saigon night clubs a few hundred miles away.

Goodbye, FADAC!  Welcome back sticks and RDP fan.  We didn't get much chance to miss ya anyway!

To the everlasting credit of the command & staff of the 2/9th Battalion, they listened to their field command input.  The FADAC was not yet ready for "prime time".