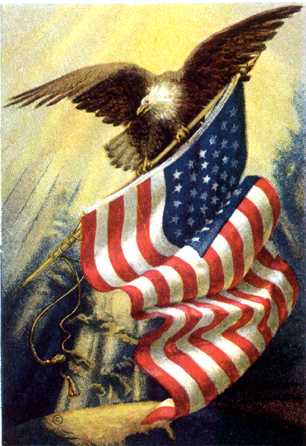 Thursday, September 25...A day to remember

On this day in 1968, we lost 1st Lt. Roger Fulkerson at Duc-Lap. I'm  taking this opportunity to remember Roger and his family, that he  sadly never knew, and to remind everyone that we owe those heroes, that gave so much, a moment of our time to salute them for their  sacrifices and be thankful for the opportunity we have had to enjoy  our life with the freedom they helped provide.  A big thanks also to  Dennis for his effort in providing us with this site so that our lost  Brothers have a place to be that we may visit with them from time to  time.

Click on this and you will see the journal for that awful day...pg 2 at  8:55, I took the call from the RTO when C Co came under attack...a very  bad  day and sad day for all of us. Along with Roger, three other brave young  died with him...

OBSERVATIONS ON THE BATTLE OF DUC LAP

THE TOC CREW
Attached is a letter (2001) from Bill Moore who was our battalion commander during the Duc Lap battles. As I had said earlier, I was the TOC RTO that took the call. I was a FNG in the TOC and unsure of what to do and for years I felt I should have done something differently to have help save those precious lives as I was certain that I did not react quick enough to get the fire support started.     I shared these feeling with Don Blankin many years ago and it was then that Donnie told me how quickly the ambush occurred and reassured me that nothing could have been done sooner to help. I also shared my feelings with Bill Moore and attached is his story as he remembers Duc Lap. For those of you who do not know Bill Moore he went on to become a Major General and was going to be getting his third star but decided to retire.
In the picture are us TOC guys at the time...5 are 2/35 and 3 are 2/9th.

Terry and all--Let's put all of this in its proper context. First, there was a lot of action around Duc Lap in September, 1968 because the 2/35 had set itself down right in the middle of an area the NVA thought they owned and worse, we took it away from them. They spent a long time trying to figure out how to regain control--the heavy fighting during the last 10 days of September was their effort to push us out either by defeating us or making us pay a price above the value of the mission. They believed that we were bigger than we actually were because we had 105mm and 155mm, gunships and Tac Air--thanks to the diligent effort of all those troops who did their job planning supporting fires for 2/35.  That includes Terry and Joe, the FSC, ALO and battery commanders and many others working with me and the S2 and S3.  The 2/35 was a good team and whenever we didn't get it right it was a team problem, not an individual failure. Remember that there are multiple ways to call for fires even if and when an FO is a casualty. The TOC facilitates the process or looks for alternate fire support when things get critical. My job as the battalion commander was to make sure that everyone understood the criticality of the situation that day in question and that WE were doing all that WE could to help to troops in the fire fight. I don't know if Terry and Joe were yet in the battalion when I directed that we have open speakers in the TOC and also into my tent so that even at night I could hear the traffic on the command and fire support nets. I don't remember whether or not the RTOs also still used headsets in addition to the speakers. But I wanted to hear what was being said by the company commanders simply because I could tell by their transmissions what shape they were in--also to make sure they knew I was there to hear them and talk to them directly. I don't believe there was a better TOC operation than the one we ran in the 2/35. Every visitor remarked about the discipline and professional conduct of our TOC crews. I was proud of the TOC team--they were a critical part of the battalion's success.  As I have said when I talked to the battalion at out first reunion, Duc Lap was the crucible for the battalion and the 2/35th performed its mission well.  Any loss of life is  a burden that all must bear and in every war this burden is unacceptable but must be borne by those of us who remain. That is why our Cacti Association and our reunions are so important. Even now we will not forsake those who died in combat.   Some of you know that I was a platoon leader and later a company commander in the last part of the Korean War. I was 23 years old then and fresh out of West Point. I learned a lot of things in a hurry that weren't taught at the Academy. Terry, my first weeks as a platoon leader were like your early days in VN. Like you, I wondered what I could have or should have done better--this never goes away, again this is the terrible cost of war. But you became the best RTO in the battalion TOC. And one night in March 1953, the battalion I was in had Chinese all over our positions--they also wanted their turf back. We fought all night and when the sun came up the next day I was the only officer left standing in "A" Company. It was like Duc Lap--we didn't give the Chinese the ground and those who died did so with honor.

So as everyone looks at their piece of Duc Lap, let's remember that the battles there were fought with honor and courage by all. When September 1968 was over, the 2/35th had won the battles of Duc Lap.

Regards to all, Bill Moore

Thank you for the e-mail Terry.  I wish I had the words that would help people understand what the scene was on that day when Cpt Starkey sent me to take care of Roger and account for all his stuff. I remember the stack of un-opened letters he had.  Sadly one of them was from his girlfriend telling Roger she was pregnant and he never knew it.  I put the letters in a plastic bag that came off the battery for a PRC-25 radio and placed them in the body bag with him.  In April of 2000, I received a call from a young lady living in San Diego questioning me about my military service and asking me about Roger.  Her name was Lynn Krause and she was searching for her Father and Birth Mother. She explained that she was adopted by a naval career family and she was told her Father was killed in Vietnam in 1968 after graduating from West Point in 1967.  She didn't know who her Mother was and had done a considerable amount of research on the internet and had a list of names from 1968 that were Vietnam KIA. The list had Rogers' name on it and she believed he was her Father. I couldn't give her the answer she was looking for, but told her I would try to come up with some information for her that might help her in her search.  I remember telling her that my initial reaction was to protect Roger and his memory and I wanted to believe her hoping this was not some cruel attempt to gain something from his death. She was very gracious and told me that her adopted father had warned her that I might be skeptical and would be inclined to protect Roger so she understood my reaction and actually thanked me for being a little difficult with her.  A few days later I received an e-mail from her giving me a lot more information about her and the information she had.  Her husband had created a website for her and she had a picture of her birth mother on it. When I saw the picture, it was like being smacked with some invisible object.  Roger had shown me that picture in Vietnam, but I didn't have a name to go with it.  I only knew that it was his girlfriend. Things happened quickly and she found her Mother who confirmed her suspicions about Roger and the two were reunited.  She had also contacted Mike Kurtgis who had more info than I did.  Mike had a name to go with the face and he had gone through the same agony as I had after being contacted by Lynn.  Mike wrote an incredible account of his experience with Lynn that can be read on the Mighty Ninth website.  His experience sort of mirrors mine and I'm thankful for the opportunity I had to be involved.   I stay in touch with Lynn and her mother.  The process gave me the opportunity to know Roger through his West Point classmates, his childhood friends, and his parents whom I spoke with on the phone before they both passed away several years ago.  Hopefully I was able to answer their questions about his death in a manner that they would understand as being appreciative for what he did and what he stood for.  Lynn sends me pictures of her children, Roger's grandchildren. I have been able to enjoy my grandchildren and my hope and prayer is that his grandchildren understand that he was very heroic and he isn't here because he saw his duty and did it and they can be thankful for that as long as they live.  Lynn has been a blessing to me and gives my experience in Vietnam more positive meaning than I ever thought possible.

A big Thanks, for your memories.  I know for a fact that your memories have provided great comfort to Roger's family. Knowing you were there to take care of his personal things and get them to his Mother has meant a lot to the whole family.  That you and I have been able account for what happened to Roger to some extent during his time in Vietnam has made it easier for them to accept his fate and removed the question marks of the unknown.  I know that Lynne would like to know more about her Father and talk with more of those who served with him.  To that extent I have some good news.  John Lorts asked me if he could publish Roger's Tribute that I wrote in the Spring issue of the Cacti Times.  I answered yes and copied Lynne and Jeanne as I always do regarding the tribute adding that I would try to get the Family to come to the Cacti Reunion in Reno (2009).   Both Lynne and Jeanne answered that they will come which will be a first for Lynne.  Don, I know you will be pleased to hear this and I hope that you too will be able to make the trip to Reno, they would love to see you there as we all would.  I know you have had some health issues since the last time I saw you at a reunion but I am here to tell you Brother that I will help you any way I can to get you there to Reno.  It is at present the only reunion us Redlegs have and it is great to be with all our Brothers.