Terry L. Russell, age 68, of Camp Hill passed away on Sunday, August 10th, 2014 at the Holy Spirit Hospital.  He was born in Millersburg, PA the son of the late George and Mary Boyer Russell.
Terry was a US Army veteran of the Vietnam War and recipient of the Vietnam Service Medal and National Defense Service Medal. He was a graduate of Penn St University and a member of its' alumni association.  He retired from the Patriot-News.

Here is a postcard I received from Terry as he was very busy packing up to leave for the A/2/9 deployment to Vietnam:

"Hi Tom. Hope your Christmas is a bright and happy one. Guess what? We're headed for the big game very shortly. You should be here and see the work that's involved. I thought I'd break down many times. Everything at once. I doubt if we'll be here for New Years although A's ("A" Battery) to go the on the 5th. Got 15 new people one day and still coming. You've never heard such talk like now. If I don't come back, remember I died for your freedom. We all must agree we are scared, but some bravo's hate to admit it. We're working overtime even on the holidays. Well, Tom, I wish I could write more oftener, but you know how it is.

I have tried to find Terry over the last few years and unfortunately, today finally came across his obituary. Terry and I trained with the 2nd Battalion, 9th Artillery at Schofield Barracks, Hawaii. He was in "A" Battery and I was in Headquarters Battery. I was discharged in Sep ‘65 and about Christmas time of ‘65 Terry had written me a note about going to Vietnam. When Terry returned we had gotten together a couple of times to share training stories and his stories of Vietnam. I had moved to NJ and hadn’t kept in touch with Terry and tried all different ways to contact him years later. So, time just passed and we were never to meet again. Today, I did a lot of internet research and found his obituary and was sorry to read the sad news. Terry was a good friend and I'm sorry I wasn’t able to find him before his passing. The 2/9th artillery has a web site that if you are interested you can visit it at www.themightyninth.org.  Click on the Photo Gallery link at the top of the Homepage and scroll down and on the right column. Click on Gene Tomkoski and you will get some photos of the troops and a note that Terry had sent to me about his orders to Vietnam. And, you will see a lot of other photos and notes from those who proudly served. 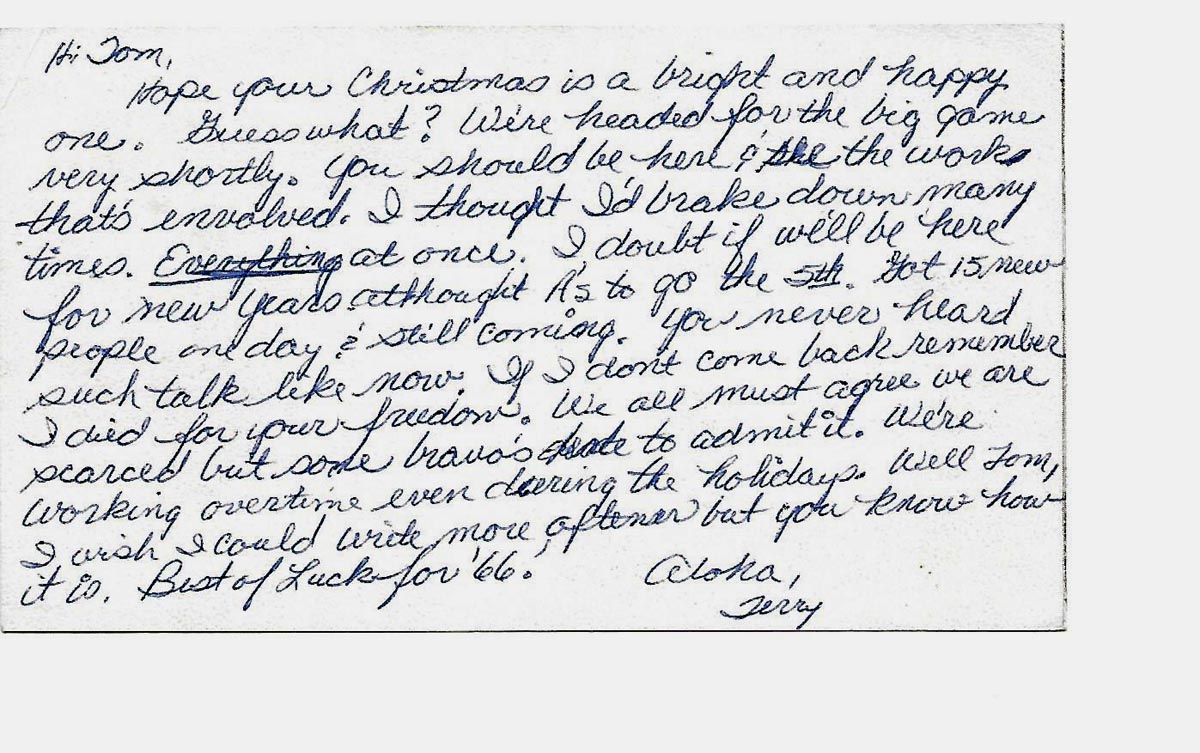